If you have one of these: 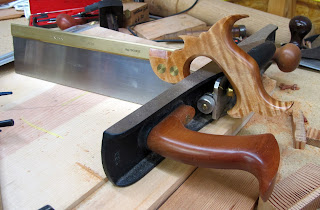 You should make one of these:
Here is how I made mine...


I was working on some cabinet doors, when I realized I needed a new shooting board.  My old shooting board was most certainly not smashed  a fit of rage befitting a tired two year old, when I tripped over it for the fifteenth time because I hadn't put it away...again.  I will openly admit right now that I make these (and several other bench accessories) out of shop garbage.  I use scraps to build a lot of stuff that I know will get beaten up and heavily used.  I can make one of these scrap shooting boards very accurate with just a little time, granted they will never be as nice or work as well as a Super Chute, but this one will certainly get the job done.

If you aren't sure what a shooting board does, you will be magically transported to a world of wonderfully proper fitting woodworking joints when you find out.  If you have never heard of a shooting board before, I invented them (now, you must never Google the term shooting board, or make any attempt to find out any more information on the subject, or yours won't work properly).  A shooting board will help to remove the inaccuracies of a handsawn edge on a piece of wood, and make it nice and square.  This will improve your joints, make your woodworking more enjoyable, and will provide that "Ah-ha moment" once you use it for the first time.  Also, I'd recommend having a razor sharp edge on your plane blade for this thing to work properly.  I use my Lie Nielsen #62 with a 25 degree blade on my shooting board because it works magic with endgrain, has an adjustable throat, and a nice long body (this plane is really sexy).

I started with a scrap piece of pine, you could use anything wide and flat (MDF is also a good choice).  I then joined one edge straight .  As a note, I built the entire shooting board with the same plane I use on the shooting board, my Lie Nielsen #62.   Just plane away, and use a straight-edged tool to check your progress. 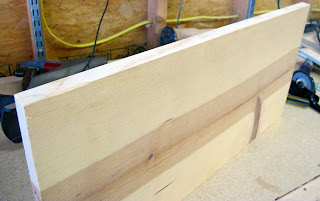 Next, I screwed the stop to the top of the board.  I only used the beast (LN#8) to weigh down the board because it was close at hand. 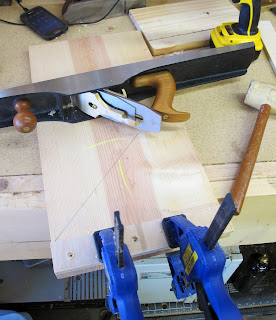 Then I checked the plywood stop to assure it had a straight edge.  This one did have a nice straight edge, however, if it didn't I'd plane it straight while checking it for square. 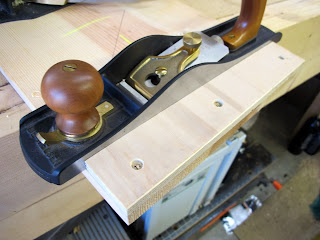 Now, this thing needs a running board for the plane to ride on so it can actually be used.  The running board will be attached in two pieces.  First, I attached a base out of scrap plywood along the reference edge.

Then I attached a secondary runner (made from an off-cut of the plywood running board) along the bottom of the shooting board so that it will sit evenly on the bench. 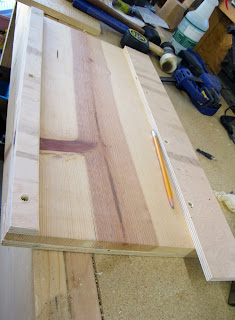 I could use it just like this if I needed to, however, I'd like to use as much of the plane blade as possible when I use the shooting board so I attached a second piece to the running board.

This runner needs to be planed down on its face until the edge of the blade on my plane just barely disappears below the main board.

Next, it needed a hook to keep it from sliding around on the bench.  I also clamp this down to my bench to keep it secure (clamp on the left). I checked the running board for square at this point and it wasn't quite there. 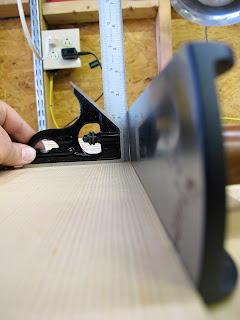 I planed down the outside edge of the running board to bring the plane back to 90 degrees. 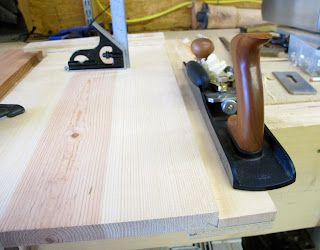 I took one pass at a time, and checked for square after each pass.  This technique takes a minute but is worth it in the end.  After I made sure the running board provided a nice flat surface which allowed my plane to run 90 degrees to my work, I waxed the running board with a little Johnson's Paste Wax.  The paste wax reduces friction between the plane and the running board and allows it to glide freely, which reduces the amount of meat power I have to provide when running the plane up and down the shooting board. 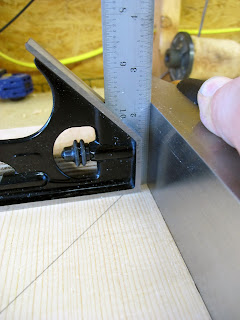 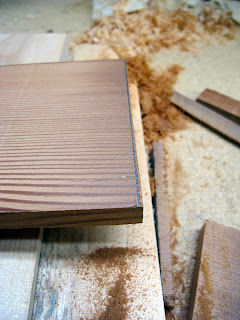 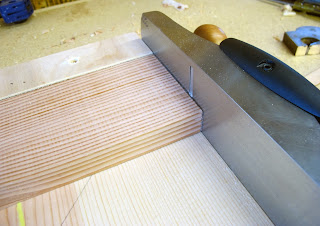 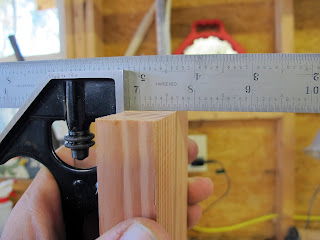 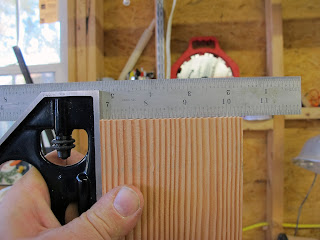 It also works great as a bench hook for sawing, and a flat surface for all kinds of chopping and chiseling. 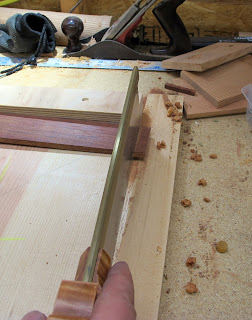